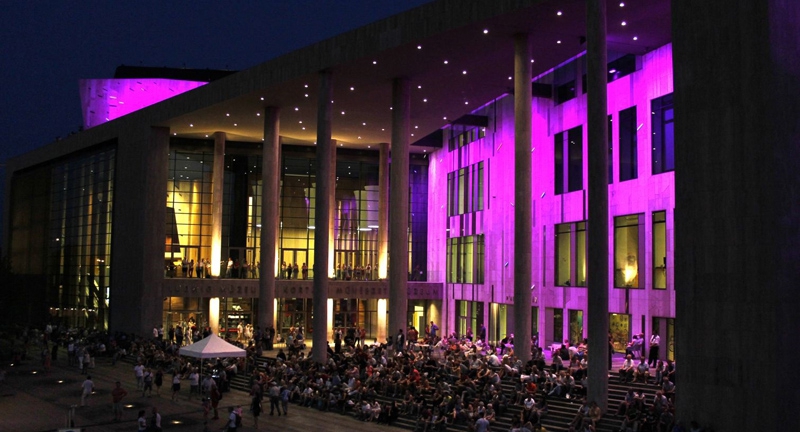 All night Jazz at Palace of Arts

Every August 20th since it first opened, the Palace of Arts in Budapest has celebrated Hungary's national holiday - as well as their coming concert season - with lively jazz music.

Traditional jazz beloved by every age group will be performed at the main outdoor stage, as well as in Banner Square and Glass Hall.

The indoor venues will feature jam sessions with the trios of pianist György Pataj and guitarist Gábor Juhász, joined by invited guest musicians who are central to Hungary's jazz scene: soloists János Ávéd, György Varga, Gergő Bille and Bálint Gyémánt. The open-air program opens with the winner of the audience prize at this year's Jazz Showcase: the Janka Vörös e-Series. The band formed in 2013 from outstanding young Hungarian fusion musicians playing music defined by a modern, electronic sound built on jazz foundations. Taking the stage after them will be RP Show, a brand-new quintet led by clarinetist/saxophonist Árpád Dennert, which casts its vote for a more traditional, swing-like sound and - as one would expect from its name - boasts a spectacularly colorful repertoire. Starting at 8 o'clock, and resuming after the fireworks in accordance with tradition, will be the Police Big Band. As in previous years, this ensemble led by trumpeter and trombonist Béla Szalóky will get the audience dancing with its classic hits and more contemporary melodies arranged for big band. Their two-part concert wouldn't be complete without golden oldies by Duke Ellington, Count Basie and Sammy Nestico.