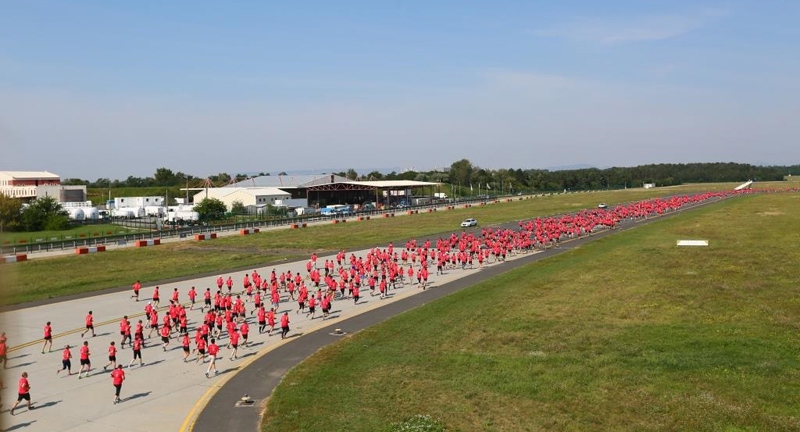 For the 5th time, Budapest Airport will once again organize the air transport industry’s premier charity sports event on September 2nd and the organizers are expecting more than 1,000 to participate this year.

The funds from participant’s entry fees will support jointly the Hungarian SUHANJ! Foundation and the British Anthony Nolan Foundation.

Runners will be arriving from the world of aviation both in Hungary and internationally, as well as teams from large companies, but many will win the opportunity to participate in the run via the game on the Facebook page of Budapest Airport.

In addition to adults, this is the first time that youngsters can take part in the initiative: while adults will be measured in the 5 to 10 kilometer range, sport-minded young people 6 to 15 years of age can run one kilometer on the runway of the airport.

Budapest Airport CEO Jost Lammers said that they were very happy to be getting ready for the Runway Run Rally for the fifth time this year. He added, "We also see that more and more airports across Europe are organizing similar runs. Impressive that they are copying us, but our goal is still to collect even more donations for our designated charities along with our sponsors and partners."