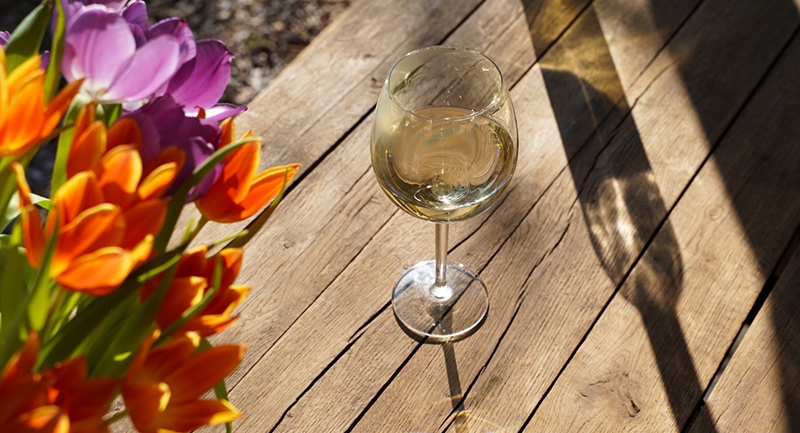 A decade ago the Eger wine region was looking for new ways to express its identity. Egri Bikavér has long been established as a leading brand among Hungarian reds but its white counterpart was missing.

Eger as a wine region is characterized by a rich diversity of varieties so the tradition of blending goes back to centuries. There is no single white variety that could be considered dominant either in terms of acreage or production volume, nevertheless almost 45% of the area under vine is dedicated to white varieties. With this in mind it was clear that local winemakers should create a white counterpart to the iconic Egri Bikavér, a white blend marketed under a common brand name.
The first vintage of Egri Csillag was made in 2011 to the delight of wine lovers who until then considered Eger as a predominantly red wine region. Initially ten wineries launched whites with the name Egri Csillag, since then the number of participating wineries has steadily increased and today there are more than 25 different Egri Csillags available.
Egri csillag is a blend of at least four varieties, and at least half of the varieties must be indigenous to the Carpathian Basin. There are three categories: classicus, superior and grand superior, all of them dry. Classicus is a light, crispy wine with intense fruit and floral aromas. Wines in the superior category show more concentration and receive barrel ageing. With grand superior wines there is an exciting extra dimension: all the grapes come from a single vineyard.
A decade has passed, customers have learnt to love the wines and today Egri Csillag is one of the most successful regional brands. „The next challenge lying ahead is to refine the style and to improve cohesion among Csillag wines”, says Tibor Gál, winemaker. „We have to identify the most successful wines and find out what makes them successful. Is it the aromatics, the structure or the communications? Then use these findings as guidelines for all the others.”
With an annual production of one million bottles Egri Csillag is one of the market leaders today. Thanks to the volume and the three categories a wide range of customers buy the wines. You can find them in supermarkets, but also in wine bars and top restaurants frequented by wine connoisseurs.
Egri Csillag classicus is a perfect everyday wine, one that you can also enjoy in a party or at a festival, the superior and grand superior bottlings will give you a more profound experience either consumed on their own or as an accompaniment to selected dishes. Spring is has come and the new vintage of Egri Csillags is here to lighten up your days.